Deciding on the Best Antivirus for Android device is a major challenge to most people. Most antiviral apps claim to protect your Android device from cyber threats, but are filled with ads and bloatware. A good antivirus app plays a vital part in securing your device from other malicious app and attack.

These days, most people store personal information, banking and other financial details on their device. This is why it is always safe to have a layer of protection for your Android phone. In this article, we will discussed in detailed t10 Best Antivirus for Android and their feature.

Why do you Need Antivirus for Android?

Data from recent research indicates that Mobile based attackers dramatically increasing. Since Android users crossed 2 billion users worldwide, attackers finding different ways to bypass the security control. They usually do this by exploiting the vulnerability and inject malware.

Android users should be very careful when downloading the right Antivirus software. Reason being that there are a lot of fake antivirus apps available for download out there.

Reports from recent analysis shows that around 40% of apps are proved to be fake. Instead of scanning your device, they push ads and generate revenue for their developers.

The effectiveness of an antivirus protection should be based on malware detection and usability. This should also includes performance and false positives under the protection test.

An effective Android Antivirus app should be able to detect at least 30% of malware samples. Antivirus Apps with less detection ratio are considered as fake.

Here is a list of 10 best Antivirus for Android. The Antivirus apps listed here for Android have up to 99.9% detection ratio. These apps protect the devices from almost all malware infections and attack.

Note: The list is just a compilation of he Author’s choice and is not based on any preference.

Malwarebytes is one of the best Antivirus for Android with 99.4% detection ratio. This app has more than 290,000+ installations and users worldwide. This app comes with 30 days Premium version, after that you can continue to use the free version of the app or upgrade to premium version.

Malwarebytes detects or block nearly 4 million cyber threats every day and performing nearly 93 million scans. This mobile security and antivirus app can also perform a privacy audit of your Android device and make sure the right permission is given to all 3rd party apps.

This app supports Android 4.4+, and also includes support for multiple languages. Malwarebytes is lightweight, and won’t overload your device with a number of options and focuses only on mobile security.

Trend Micro antivirus App offers one of the best protection for your android device. The app has a 100% detection ratio according to AV-Comparatives report.

It is a premium app that comes with a free 7 days premium license. This antivirus app scans your device and reports things that are needed to be fixed immediately after installation.

It’s also scan for malicious links from social media and alert you against blacklisted websites and phishing pages.

Trend Micro Mobile Security is one of the Best Antivirus for Android with performance manager and Parental Controls. The app is compatible with Android 4.1 or later versions.

Kaspersky Mobile Antivirus is one of the most popular antivirus today. This mobile antivirus comes with AppLock & Web Security. It is free to donwload, but only paid users can enjoy all its features.

Kaspersky scan the android devices for malware, ransomware, phishing, spyware and other malicious behaviors of another 3rd party apps.

With the free version of Kaspersky Antivirus, you will be restricted to limited features. Full functionality is only available to paid users.

The Kaspersky Mobile Antivirus is one of the best Antivirus for Android that offers web security, filters out dangerous contents and also blocks malicious web links.

Kaspersky Mobile Antivirus detects 100% of malware threats according to the recent analysis.

AVG Mobile Antivirus is a free Antivirus for Android. This app has more than 100,000,000 installs from Google Play store. The free version of the app contains ads, but offer a number of protective features.

AVG Mobile Antivirus is among best Antivirus for Android that has 100% of malware detection rate. This app is compatible with Android 4.1 or later.

AVG scans your WiFi network for security and advise you about the installed app and its permissions. The antivirus also has Anti-Theft features, it offer all round sexurity for your device.

Avast Mobile Security provides a lot of features along with antivirus protection. It prevents the installation of malicious apps and scans your device regularly.

Avast mobile security use a dual-engine scan to remove any bad/suspicious file or content present in your Android phone.

This mobile security app from Avast stop all unwanted tasks and saves your battery life. Also, the app removes all unnecessary files and free up storage space.

Avast scores 100% detection rate on malware tests, and the app is compatible with Android 4.1 and above. It also helps device owners improve their device performance and provides insights on app usage.

The Web Shield scans and blocks the malware entering into the device and provide a safe browsing environment. It is one of the best Antivirus for Android that helps device owners to secure their devices.

Bitdefender comes with cloud-based malware detection and anti-theft features, you can extend it antivirus protection to your android smartwatche.

This mobile antivirus app has a 100% malware detection rate and it scans the latest emerging malware and blocks it before infecting your android device.

It automatically scan all applications at the time of installation and it alerts you whenever you visit a phishing page or if the page contains any malicious contents.

ESET is one of the best Antivirus for Android that comes with a 3 days free premium trial period and it is downgraded to the basic package when it expires.

The app scans your device and provides you with a detailed security report. You schedule when the app will scan your device, such as when charging, or at any preferred day & time.

ESET proved to have a 100% malware detection rate, and it is compatible with Android 4.0 and higher. Also, it offers Banking protection, browsing protection, parental control, app scanning, and many other features for premium users.

F-Secure, a free Android security app, without ads. It offers complete protection for your smartphone and blocks all the threats entering into the device.

The App supports Android 5.0 or later, F-Secure is light weight and it won’t reduce your device performance.

V3 Mobile Security byAhnLab has recorded 100% malware detection rate, along with the antivirus engine. it also offers Wi-Fi scanning and services to track the lost devices.

According to its developers, the app consumes very less battery power and lower CPU usage. V3 Mobile Security app comes with a Privacy advisor that updates you about each app installed in your device.

McAfee is the ultimate antivirus for mobile devices and my own favorite. This awesome Antivirus for Android comes with a30-day free trial for its ultimate version.

McAfee new Android wear function allows the device owner to locate their lost or stolen phone and receive alerts on their Android watch. The app supports Android version 4.0 and above.

In order to protect your mobile from the most cyber threats, use the Best Antivirus for Android device. A good Antivirus app will safeguard your personal and other sensitive information from intruders. They will also protect your smartphone from mobile threats such as adware, spyware and other related threats.

You can pick any of your favorite android antivirus app from the 10 Best Mobile Antivirus App for Android list. Every antivirus app on the list has its unique quality of protecting users’ devices from cybercriminals.

If your favorite Antivirus App for android is not on this list, Please tell the name and we will add it to the list. Don’t forget to Share, we love to hear from you.

iTel A56 Review: Specifications And Price In Nigeria

Whatsapp Dark Mode On Android Devices: How To Enable It 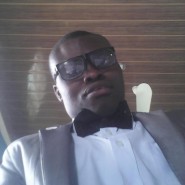 Alfred Abusomwan is a Geophysicist, He is also the CEO of Allspired Solutions. He's a researcher, Web Developer, Programmer and ICT expert. Contact Alfred via his personal email : [email protected]

This site uses Akismet to reduce spam. Learn how your comment data is processed.